In September 2015 Rose and crew drove her van to Calais refugee camp. Here we collaborated with Art In The Jungle ,working with the refugee artist Alpha.

We only had two days and had brought small canvases and sheets with paint and the simple idea of asking passers by to get involved. Many were hesitant and felt unconfident with a paintbrush but after a short time we had  gathered a large crowd.

I brought out a large map of the world and asked people to draw there route from the homes they have had to flee to where they have found themselves now. Many didn’t know the route as had been in back of dark trucks for the majority, and many had hardly seen a map of the world. In both cases it brought a lot of discussions and conversation which led to more people wanting to paint on a canvas.

Some of the work was brought back to the Uk and was turned into an installation of a replica of the camp at the exhibition at The Hive in October. I also brought back Alphas artwork and successfully sold a piece for him. 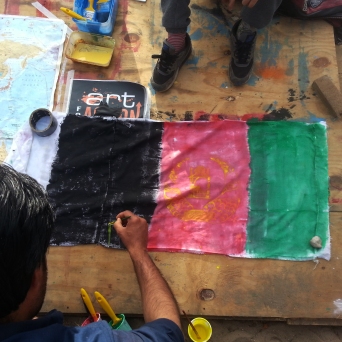 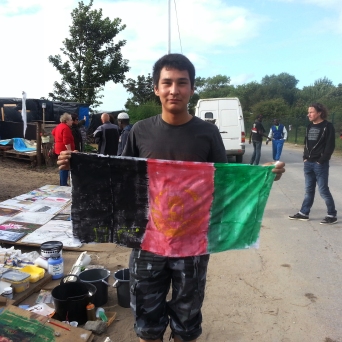 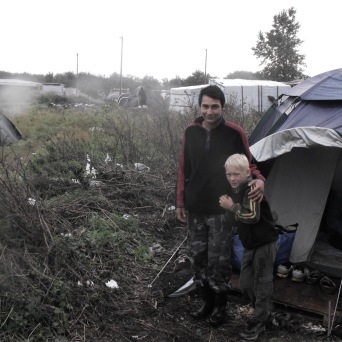 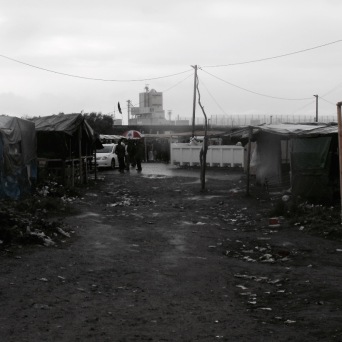 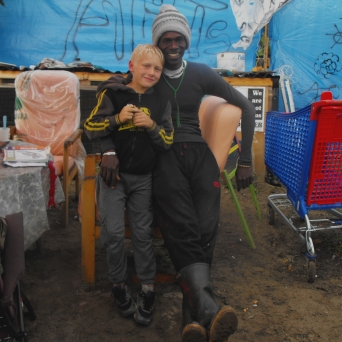